TCU geological sciences professor John Holbrook discusses how geothermal energy could become the next economically viable source of clean energy. Technology for harnessing heat from the earth’s core is rapidly developing. Holbrook has been an outspoken advocate for greater investment in geothermal production, especially as Texas continues to encounter questions over its dependence on natural gas to produce electricity. 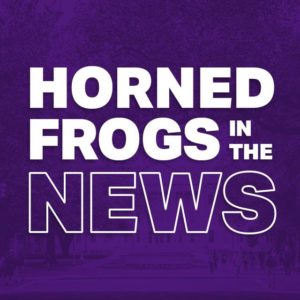 “That’s the charm of geothermal – you’re not generating power. It’s like solar, you’re harvesting power, so that aspect of it’s gone. Second, if you do geothermal right, you’re doing it in closed loops where you never really introduce anything to the environment that wasn’t already there. We have the potential to be able to produce energy with extremely low surficial impact,” Holbrook says in the article in Fort Worth Report.

John Holbrook has taught in TCU’s geological sciences program since 2011. He is currently part of the Texas Geothermal Institute, a statewide consortium of researchers. Read the full interview in Fort Worth Report.